Meat Direct has been supplying leading restaurants, hotels and caterers in Wellington, and throughout New Zealand since 1998. We’ve developed a reputation for strong customer service, and we work closely with our restaurant clients to develop unique menus that create a point of difference, and in more than a few cases, turn judges’ heads at major food awards.

We supply a wide range of quality products wholesale – beef, lamb, pork, venison, seafood, chicken and duck. If you need something unusual, we can source specialist products such as rabbit, wild pig, thar, eel, hare, and wallaby through our relationships with niche suppliers.

Our refrigerated trucks deliver to restaurants, cafes, and caterers in the Wellington CBD on a daily basis (Monday to Saturday). Products for delivery outside Wellington are transported via chilled freight to arrive the following day.

Achievements of our chef and restaurant clients

Chameleon Restaurant at the InterContinental Hotel, Wellington took out the title of Premier Master of Fine Cuisine at the 2016 Silver Fern Farms Premier Selection Awards, ahead of 73 entrants from Paihia to Winton.

“Elegant and visually appealing; it was clear every detail had been considered and attended to – plenty of rich, savoury aromas, a perfectly cooked tenderloin and a combination of complementary textures that allowed the meat to reign supreme.”

Ortega Fish Shack & Bar in Wellington has enjoyed a run of success at the NZ Cuisine Good Food Awards. Aside from the main award categories, judges may give entrants 1, 2 or 3 Hats (1 Hat is very good, 2 Hats is excellent, and 3 Hats is consistently amazing). In 2014, they were Best Specialist Restaurant Runner Up, and won 1 Hat; and in 2015 and again in 2016 they won 1 Hat. In 2013, Cuisine magazine voted Ortega Fish Shack & Bar one of New Zealand’s top 50 restaurants.

Huka Lodge was named one of the 100 best hotels in the world, the top hotel in New Zealand, and among the world’s premier 20 hideaways by Condé Nast Traveller (UK) magazine in their Readers’ Travel Awards 2016.

In 2012, the White House won Wellington on a Plate with a dish named “Victor’s rabbit pie and textures of Otaki carrots”, and in the same year they were a finalist in Cuisine magazine’s restaurant of the year.

For more information about our wholesale service and prices please send us an enquiry using the form below or alternatively call us on 04 479 9491. 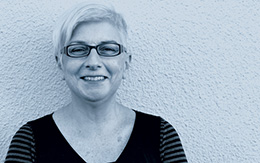 “Being a busy mum, I like to plan and think about my meals. What I love about Meat Direct is that I can go online at any time of day and order my meat supplies. I don’t have any concerns about the meat that I am going to receive because Vic and his team supply premium quality cuts, every time - you can taste the difference. What’s even better, is that it comes vacuum packed to my door, I just choose the day that I want it delivered and it arrives with a smile. Who could ask for more!”