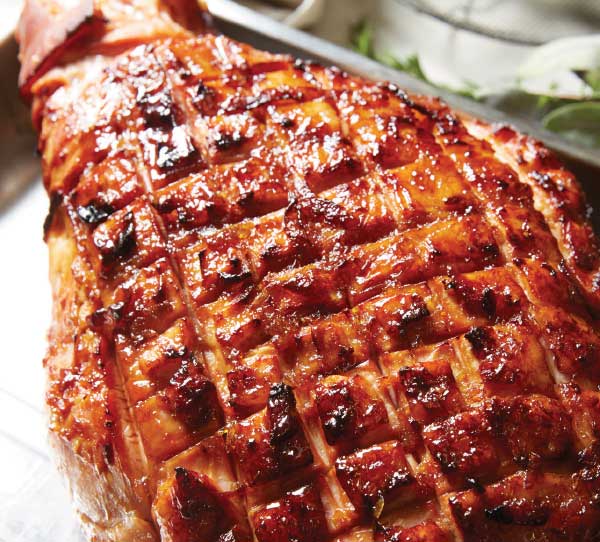 Christmas means ham in my book! And there is nothing like a delicious New Zealand ham finished off with a shiny glaze to grace your Christmas table.

However, before glazing you need to remove the skin from your ham. This is the part of the operation that takes a bit of time, but it is quite simple once you get the hang of it.

Follow the steps courtesy of New Zealand Pork to prepare your ham.

Removing the rind is simple, but requires the use of a sharp knife, so be careful. Using a small sharp knife, cut through the skin/rind 10cm from the top of the hock (or knuckle end of the leg), as in the picture.

Start to remove the skin from the ham by sliding the knife between the skin and fat. Run your clean fingers (or a knife) under the skin and gently peel back the skin/ring to leave a layer of fat. 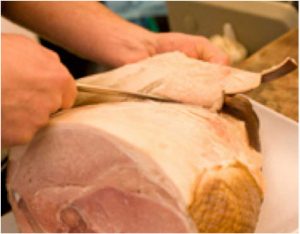 Using a small sharp knife, criss-cross the fat layer (avoiding the meat underneath) at 2cm intervals. This will create the familiar diamond effect. This is called scoring, which allows the glaze to stick and the fat to render, giving a crisp glistening finish.

Now make your ham look stunning with one of our great ham glazes. Glazes are easy to make and the options are endless to make your Christmas ham look gorgeous and taste even better.

Heat your oven to 100C. Using a pastry brush, brush your glaze onto the scored fat of the ham once the skin has been removed.

Place the ham in the oven and bake for up to 1 hour depending on how large your ham is. Because most glazes have a sugar content it’s important to check the ham to make sure the glaze isn’t burning during cooking.

Turn the oven tray around half way through cooking to help avoid this. Your ham is ready when the scored areas are starting to open. If you wish you can grill for a few minutes at the end to give the charred appearance.

We love our freshly glazed ham warm from the oven, so often have this as a meal, then the leftovers for ham sandwiches the next day. Yum! 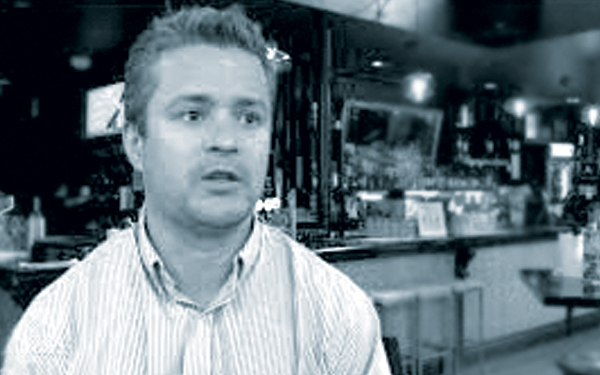 "The Green Man loves dealing with Vic and his team at Meat Direct, the quality of the meat and service is top-notch. Always a pleasure to deal with."